First Presbyterian Church has been blessed with a number of fine musical instruments to add to its worship services. The first one is its grand piano, once played by Paderewski. A Moller Pipe Organ was installed in the church on the corner of Main and Ellis in 1928, replacing a Flegemacher Organ. The Moller Organ was disassembled, cleaned and then re-installed in our present church.

For countless years, Clinton DeWitt was the organist and directed our adult choir.
In 1946, Carillon Bells were given in recognition of all who served in World War II and specifically in memory of those from our congregation who gave their lives in that war, namely Donald M. Modrow, William Krueger, Edmund R. Schroeder, and Bernard Koskie. These Carillon Bells, along with a set of English Bell Carillons, purchased in 1973, were replaced in 2003, through congregational donations, by a completely digital eight bell liturgical system which can be programmed for specific worship and has a remote control. These Carillon Bells were installed December 7, 2004, the 63rd anniversary of the beginning of World War II. A two-octave set of Schulmerich Handbells was donated in 1996. A two-octave set of Suzuki Tone Chimes as well as a set of children’s bells were given in 2003. 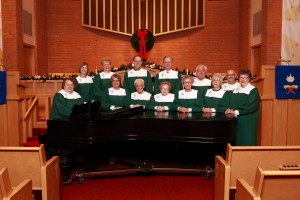 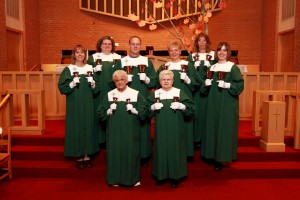 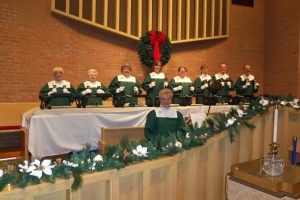 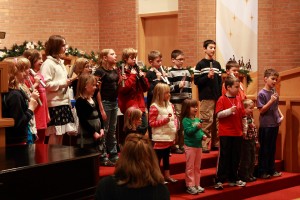 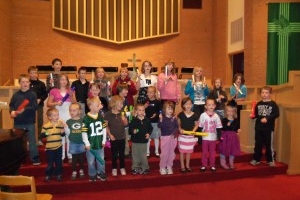 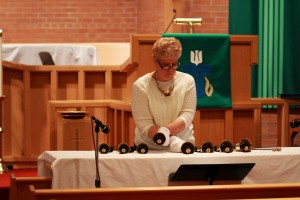 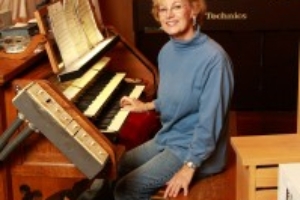 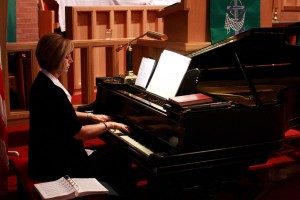